Each month, as part of our “Trials and Tribulations” series, we’ll try to give you an inside look at an Olympic Trials qualifier. The stories, backgrounds, hopes, dreams, obstacles, and accomplishments of a few of the 1,500 swimmers…

Earlier this year, I attended a diversity clinic in Flushing, New York. I brought my video camera because I knew that the sights and sounds and stories would be better served in a visual format rather than the written word. After uploading a story about a swimmer from Lennox, California who is about to go to his first-ever USA…

Learning to sail, to enjoy the Caribbean

I began my persistence for learning sailing in the summer of 2011. Prior I had only sailed on a cruise ship and 43 foot sloop boat. Those trips conveyed openings to explore destinations off shore. The cruise ship was a typical scheduled stops format, with everything you need away from home. It was enjoyable and sparked interest in traveling outside the USA, via water. Later the same year, I embarked on the Black Boaters Summit (BBS) 2009. This 10 day adventure acclimated me to real…

Each month, as part of our “Trials and Tribulations” series, we’ll try to give you an inside look at an Olympic Trials qualifier. The stories, backgrounds, hopes, dreams, obstacles, and accomplishments of a few of the 1,500 swimmers expected at next summer’s Olympic Trials. If YOU have a story you want to share, please email Trials.Tribulations.2012@gmail.com.

We’ve been following the journey of 37-year-old…

Here's what Nathan Adrian had to say about participating in the camp:

Why did you want to take part in this event?

Nathan: I was approached about the opportunity to be… 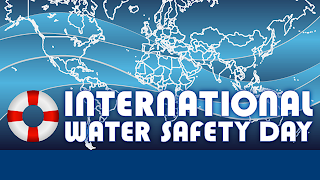 Shaun Anderson and Jayson Jackson continue to do tremendous good in this world.…

This year’s Diversity Summit will be held Nov. 17-19 at the Olympic Training Center in Colorado Springs. Held every other year since 2007, USA Swimming’s Diversity Summit brings together LSC representatives in an open and inclusive atmosphere to discuss creative ways to foster practical programs and solutions to impact diversity efforts at…

John Carlos: The Swimmer Who Never Was

“This is the exact reason… you will never be an Olympic swimmer. Whether it’s a public pool or a private pool, if you can’t even get in the water, then you better believe that this is done before it even starts.” – Excerpt from “The John Carlos Story”

Mexico City, 1968. Two young, talented black men walk to the medal podium. It is after the final of the 200 meter dash. These men…

It took some searching, but Cullen finished 2nd again, this time in the 50 free. His time, 22.20 was slightly behind the leader, Marco Orsi of Italy, who had a time of 22.06.

Natalie Coughlin had another great day as well.Here’s the day 2 scoreboard.

The Rest of the Story

Cullen is tweeting again. First he said he was headed to Italy. Then he said he didn't know what he was swimming, except for 100 IM.

I was on pins and needles to find out how he did. I found out that Jones and other American swimmers participated in an International Swim Meeting in Bolzano, Italy.

Then I read this mysterious tweet: "It's coming around 48.9 after heavy lift yesterday ... I'll take it...#beatenup"

Here's the rest of the story, as I found… Continue

Follow the Leaders: Don’t know how to address minority swimming needs? Take a leap with these trailblazers.

From Aquatics International, by: Tara Eggleston:

We know that engaging minority groups in aquatics programs is a national issue, but how can we help reduce the drowning and water-related injury statistics among these groups?

Since beginning its program with a borrowed boat and eight inner city kids nine years ago, Row New York has been a pioneer in the effort to make rowing accessible to young people from the city’s urban neighborhoods.

Today, the program provides both athletic and academic opportunities to over 300 young people from New York’s…